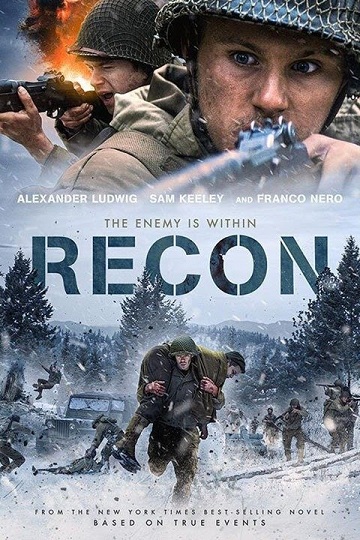 Recon(2019) (aka Peace, aka Leave No Man Behind) War, Thriller, Action, History|10 November 2020 (USA) Based on true events, Recon is the story of four American soldiers in WW2, who after they witness a vicious murder of an innocent civilian at the hands of their platoon Sergeant, are sent on a reconnaissance/suicide mission led by a local partisan, an elderly man whose indeterminate loyalties add to the terror and confusion that engulfs the Americans as they are hunted by an unseen enemy. Peace lefts around young men in the midst of war. https://www.imdb.com/title/tt7713810/

Nothing Found, Try only using one word in your search.
Example: "Movie Name year" use only "Movie" without quotes :)